Where Were You When..?

As the BIG season of live sporting action and live music continues... and for a little feel good nostalgic value, we’ve taken a look back over the last 5 decades to see where we were when some of the UK’s finest and most memorable summer moments were happening.

In 66 we were 7. Echoing the excitement and innovative spirit of the time, Glasdon was quickly establishing itself as a pioneer within the design and manufacture of safety and environmental products using FRP – Fibreglass Reinforced Plastic.

Meet the original Glasdon Vergemaster.
It may not have kept the fans off the pitch in ’66...

... but the Vergemaster was designed to replace the old concrete and timber road markers, offering a lower maintenance and much safer solution.

Today known as the Vergemaster RX™, this hazard marker post is built with a long lasting polymer (Reflexapol®) and still proudly stands along roads across the UK today.

Originally billed as the headline act, The Kinks were replaced by T. Rex at short notice. 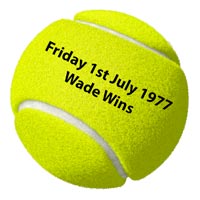 In her 16th Wimbledon appearance, Wade made it to the final following her win over defending champion Chris Evert.

In the final, Wade beat Betty Stove of Holland. Celebrating her Silver Jubilee year, Queen Elizabeth II was present for the final for the first time in 25 years and presented Virginia with her trophy. 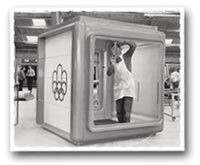 In this decade, we were proudly launching a GRP (Glassfibre-Reinforced Plastic) Kiosk.

Glasdon GRP was by now also sailing the high seas around the world... as it was used to construct interiors of the QE2, which launched in 1967! 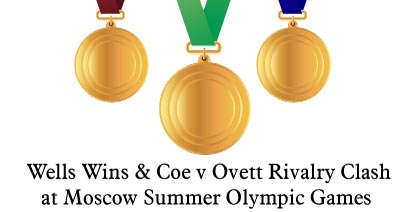 Allan Wells became the first Briton to win Gold for the 100m in 56 years, while Sebastian Coe and Steve Ovett battled it out to take Gold from each other in the 800m and 1500m! 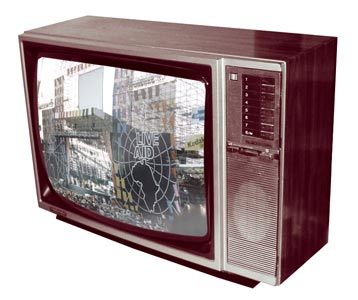 “Don’t go to the pub tonight, please stay in and give us your money” – Bob Geldof

Watching a phenomenal line up some of the greatest musicians to ever live – the UK contributed £1,100,000 of the £30 million global total!

In 1985, Glasdon Lifebuoy Housings were becoming as recognisable as the red post box! 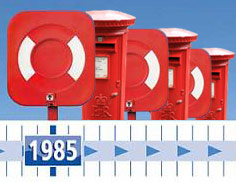 The initial design of the Lifebuoy Housing was produced in 1970 and was installed along the River Thames. Following this we made it our mission to increase awareness of the solution to stationing and protecting, vital lifesaving equipment on waterside locations across the world.

The World meets David Beckham’s right foot as he scores a goal from the half way line in Manchester Utd’s season opener v Wimbledon.

In the 90s, we were hitting the mark raising awareness of the environment and encouraging people to use litter bins.

We even made it into The Guinness Book of Records for the world’s largest litter bin... the giant Topsy Bin! 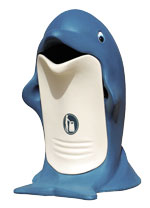 And we also introduced the world to our very own... Splash the Dolphin!

Designed and launched in 1992, ‘Splash’ went on to be purchased for leisure and retail sites across the globe including Europe, Hong Kong, Australia, Cuba and Japan.

The Australians took the lead at Lords, but England brought it back by 2 runs at Edgbaston as Freddie Flintoff stole the show. The rain at Old Trafford gave the Australians some respite to a draw, but England went on to dominate proceedings at Trent Bridge and unless the Australians could win at The Oval... the urn was to become England’s.

In the following year, we were celebrating a win of our own having designed and manufactured brand new custom made GRP ticket kiosks for the All England Lawn Tennis Club and just in time for the Wimbledon Championships to start in June 2006.

The race to the London Olympic Games began for us in April 2011 as we assisted the Olympic Games Committee and partners prepare venues and locations for the long awaited day to arrive. 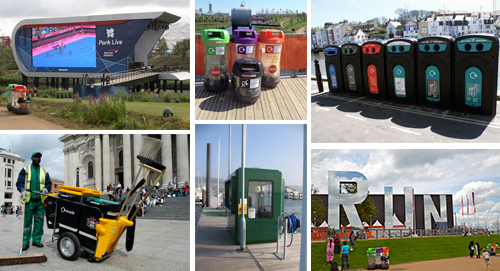 Following his Gold at the Olympics in 2012, Andy Murray becomes the first British Men’s Winner at Wimbledon for 77 years!

And for us... the next generation of innovations launching soon! 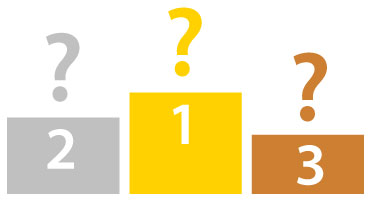 To talk about any of the Glasdon products featured here or on our website please contact us using the Live Chat feature at the bottom of this page or call us on 01253 600410 or email us on enquiries@glasdon-uk.co.uk.