Glasdon are proud supporters of Myles Pearson, Team GB Wheelchair Rugby Paralympian. First introduced to Wheelchair Rugby at just aged 15, Myles made his debut for GB at the 2011 European Championships where he also achieved a silver medal. Myles then went on to represent GB, as the youngest member of the Paralympic team, at London 2012. After a successful few years, Myles took some time off to complete his studies in Southampton. Following this he returned to the North West and re-joined his club team West Coast Crash. In 2016 he became a part of the GB Talent Development team with the goal to be invited back into the GB squad. Continuing to work hard, he was then selected as part of the team that successfully went on to win Gold at the European Championships in 2017. 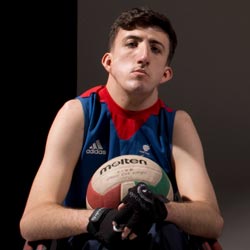 Supporting the European Champion, Glasdon have helped Myles to afford equipment needed to compete on the world stage and will continue to support him through his many triumphs. This month, Myles is representing GB at the Quad Nations in Leicester where he is taking on Gold and Bronze-winning medallists from Australia, the USA and Japan, also three of the best teams in the world. If selected, Myles could then be heading to the World Championships in Sydney in August for a fantastic end to 2018. Follow Myles and his achievements on Twitter at: @myloshae
Tweet  Share  Share
Tuesday, March 13, 2018