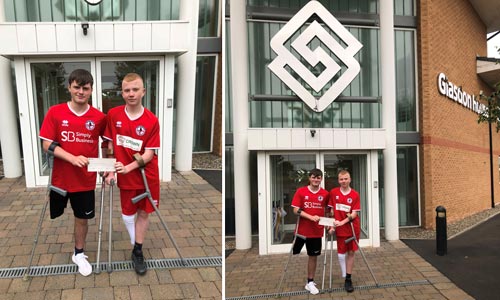 Young, ambitious amputees Jamie Oakey and Rhyce Ramsden along with their teams have been offered amazing opportunities to play overseas, but rely on donations to get them there.. 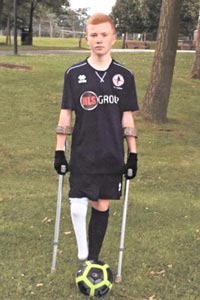 Jamie Oakey, who was born with a passion for football, was born with his right foot missing and a short right leg. This led to Jamie being refused by many teams that he approached to join.

While attending a Bolton Wanderers match, Jamie and his Mum - Elaine, were approached and told of a pan-ability, junior football team in Leyland with the England Amputee Football Association (EAFA). Jamie joined and went on to attend the weekly sessions for the 4 years that followed.

Excelling in the sport, Jamie was scouted by Manchester City and Everton. They offered him the opportunity to play for both teams on different nights of the week!

He also progressed to become the Captain of Manchester City Amputees and the England Junior Amputee Squad.

Jamie and his Mum are constantly fundraising so that the teen can fulfil his passion and his dream of representing the full England team in the future. 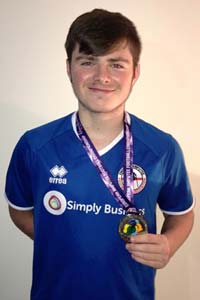 Midfielder Rhyce Ramsden has been playing for just over a year and has already established himself in the England amputee team.

Thanks to a school visit by Owen Coyle Jnr, England Amputees Manager and son of former Bolton Wanderers player and manager - Owen Coyle, Rhyce was spotted and offered the opportunity to attend a scouting weekend in Crewe.

His speed and skills led the coaches to offer him a place in the England Junior Amputees team. He was later recruited by Manchester City Amputees, where he now plays as well as training with Everton’s Amputee side.

Within a short time, he has established himself in the England team and has already played in the European Championships, impressive for someone who had never used crutches before using them to play football!

After impressing coaches at a training camp for the National Junior Squad in Poland, he has been called to play in the England Senior Team’s squad for the European Championships.

Jamie and Rhyce are both supported by the England Amputee Football Association (EAFA) a charity that aims to provide all amputees, people with restricted use of limbs, or congenital limb deficiencies with the opportunity to play football locally, nationally and internationally.

The EAFA also helps direct players to a local club best suited to them, as well as helping set up new Amputee Football Clubs across the country.

With or without crutches, all ages are welcome to play!

As the EAFA is self-funded and relies on donations, money is limited, and so all players and their teams raise the money themselves to be able to take-up sporting opportunities worldwide.

Elaine Oakey, Jamie’s Mum, set up a Go Fund Me page to help raise funds for these opportunities. She wrote to Glasdon explaining that they needed to raise money to reach their target and that the money would be used to help Jamie, Rhyce and their teams achieve their goals. 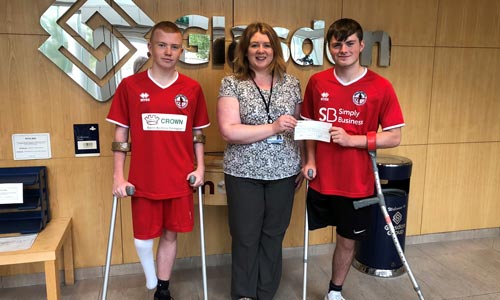 We were proud for the opportunity to donate and help these remarkable young sportsmen.

We wish Jamie and Rhyce all the best and hope that they, alongside their teams, score their goals when they represent England overseas.