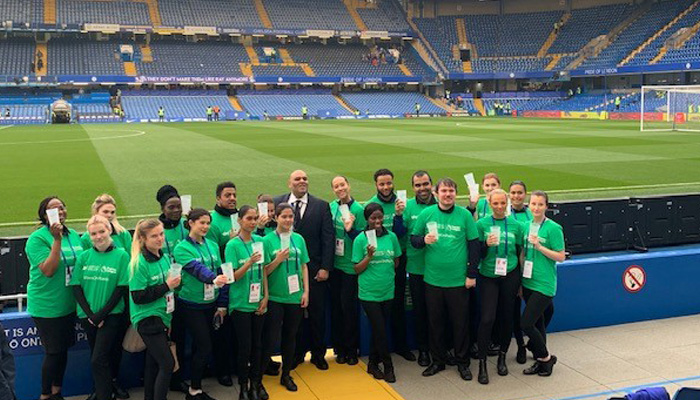 Premier League Football Clubs join forces with Sky Ocean Rescue in #PassOnPlastic campaign, with our cup stackers to help kick-start the clean up!

The #PassOnPlastic campaign aims to highlight the issues affecting ocean health and find solutions to the problems of ocean plastics, and the premier league clubs involved joined in partnership to inspire supporters to take positive action to reduce their single-use plastic intake. 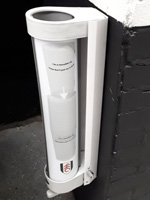 To encourage fans to make the change, clubs in the Premier League have been trialling the use of reusable cups within stadiums to replace the existing single-use plastic cups.

Fulham FC, Chelsea FC and Manchester City FC all required a compact and cost-effective solution for recycling disposable cups in their stadiums, which Glasdon could provide.

The Nexus® Cup Stacker was selected as the cup stacker to trial ahead of the new season, with wall and fence mounted cup stackers with personalised graphics for Fulham, Chelsea and Manchester City. 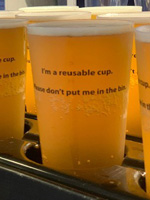 Based in Highbridge, Somerset, Green Goblet provided the environmentally friendly re-usable cups to be washed and re-used to help eliminate the amount of plastic thrown away.

Ahead of each game, the clubs sell 1,000s of pints of beer, of which a large quantity are lost, meaning staff have to retrieve the cups from the bins located all over the stadiums. This can take many hours and at a significant cost, so clubs are seeking a greener solution.

With cup stackers located around the stadiums, supporters can place their used cups into the units instead of the bins, meaning they are easily collected after a game and not lost within the waste.

Fulham Football Club based in Fulham, West London, trailed the cup stackers during their recent premiership match using a flag system above the units to highlight the locations of the stackers, making the trial a huge success where only minimal cups were lost.

We’re extremely proud to be supporting the Football Clubs in their #PassOnPlastic Campaign and that our cup stackers are being used to phase out single-use plastic from their stadiums.

For more information on our cup recycling solutions including our Nexus Cup Stacker, please feel free to browse our website or contact us today via LiveChat!