Glasdon Gateway’s Plot for a Welcome Impression into Dunchurch

Dunchurch is a village and civil parish four miles south of Rugby, Warwickshire. The civil parish, which also includes the nearby hamlet of Toft, has a population of 2,938 people.

The core of the village has been declared a conservation area because of its many buildings of historic interest. Some of the buildings date to the 15th century, are timber framed and have traditional thatch roofs.

Dunchurch was located at the crossroads of the coaching inns in the village to cater for travellers, two of these still remain, The Dun Cow and the Green Man. 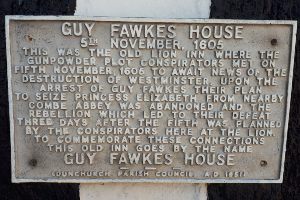 Many notable people have stayed in Dunchurch, most famously, in 1605, the Gunpowder Plotters stayed at the Lion Inn, which is now a private residence called Guy Fawkes House. Guy Fawkes’ attempt to blow up the Houses of Parliament and to kidnap the king’s daughter was unsuccessful.

Other well-known people to have stayed or lived in the village have been Queen Victoria before she became Queen, the Duke of Wellington, and 18th century hymnwriter William Tans’ur.

Our thanks to Tim Lane, Field Sales Manager of Glasdon UK’s Local Government Highways Department, for bringing a splendid order for Dunchurch Village to our attention.

The order featured white coloured Glasdon Gateway’s that were installed with four slats, with one of the slats fitted as a crossbar for a traditional farm gate look to harmonize with the picturesque style of the village.

Custom signage was supplied with a design of an outline of the village to feature above the ‘Welcome to Dunchurch’ signage. 30MPH speed limit signs were also installed on the Gateways for traffic calming purposes on the way into the village.

Glasdon Gateway signage has proven to be the perfect product choice for this idyllic location.

For more information on our Glasdon Gateway, feel free to browse our website, or contact us today via LiveChat!